I say that I hate music a lot. Sometimes I actually mean it, but to be totally honest the only form of entertainment I enjoy is anything and everything about rock and roll. The only movies I enjoy are concert films and documentaries about rock and roll in 1970s Los Angeles. The only books I enjoy are biographies of Twentieth century country music recording artists and books on The Beatles. I’ve been thinking about this a lot recently about what my favorite album covers are (not necessarily my favorite albums are, I’ve talked about that), so heres a list of some covers I think about often. 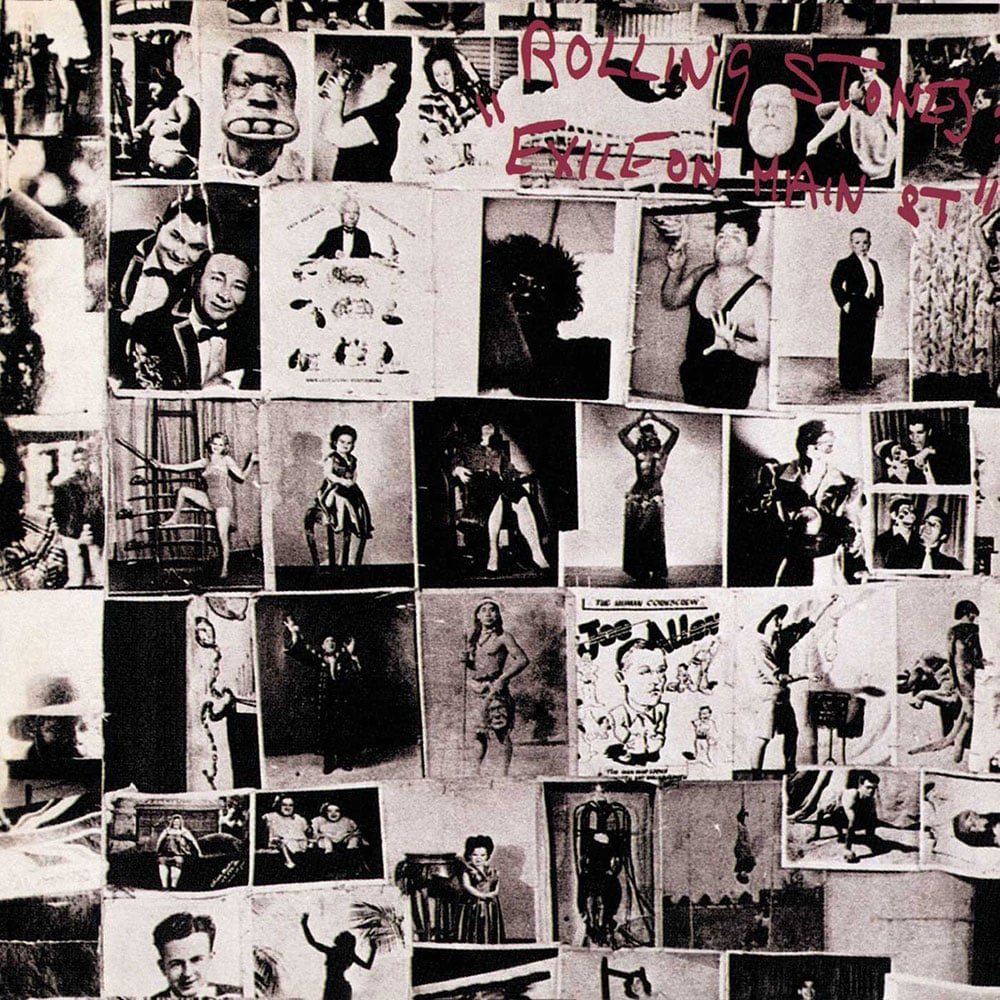 This album cover is SO rad! Each image on the cover is like a miniature movie. I’ve spent hours just gazing at it, and I think theres so much myth and mystery to this period of the Rolling Stones career. The drugs, France, Gram Parsons, all of it. This is my favorite time of this band, and certainly one of my favorite record covers. The cover was designed by John Van Hamersveld who designed so many iconic posters and records. I love this quote from Louder:

Although it’s widely assumed to be a collage, the main shot was actually a photo of the wall of a Route 66 tattoo parlour, taken by Frank as he passed through in 1950. To underline the key point – that the disreputable, drug-addled and tax-exiled Stones were as much outsiders as the circus freaks – the reverse of the sleeve had shots of the band members assembled in a similar collage effect. When Stones manager Marshall Chess asked Van Hamersveld to select an image from the cover of promotional purposes, there was one obvious choice. “I said: ‘Why don’t we take the guy with the balls in his mouth?’” the designer recalls. “That is the most amazing photo I’ve ever seen.”

2. Charles Mingus - The Black Saint and The Sinner Lady

This is actually why I wanted to write about this. I think about this album cover all the time, it may be my favorite in this list. Everything about it is awesome, but the type is so perfect. The poem! Him ripping that pipe! I’m not a jazz person by any means and I don’t want to come off as a pretentious guy putting a Mingus record on a list, but this record cover is undeniably beautiful. The cover photograph was taken by Bob Ghiraldini who took a lot of famous jazz photographs. Most of the Impulse! Record releases have extraordinary covers, but this one is absolutely my favorite. 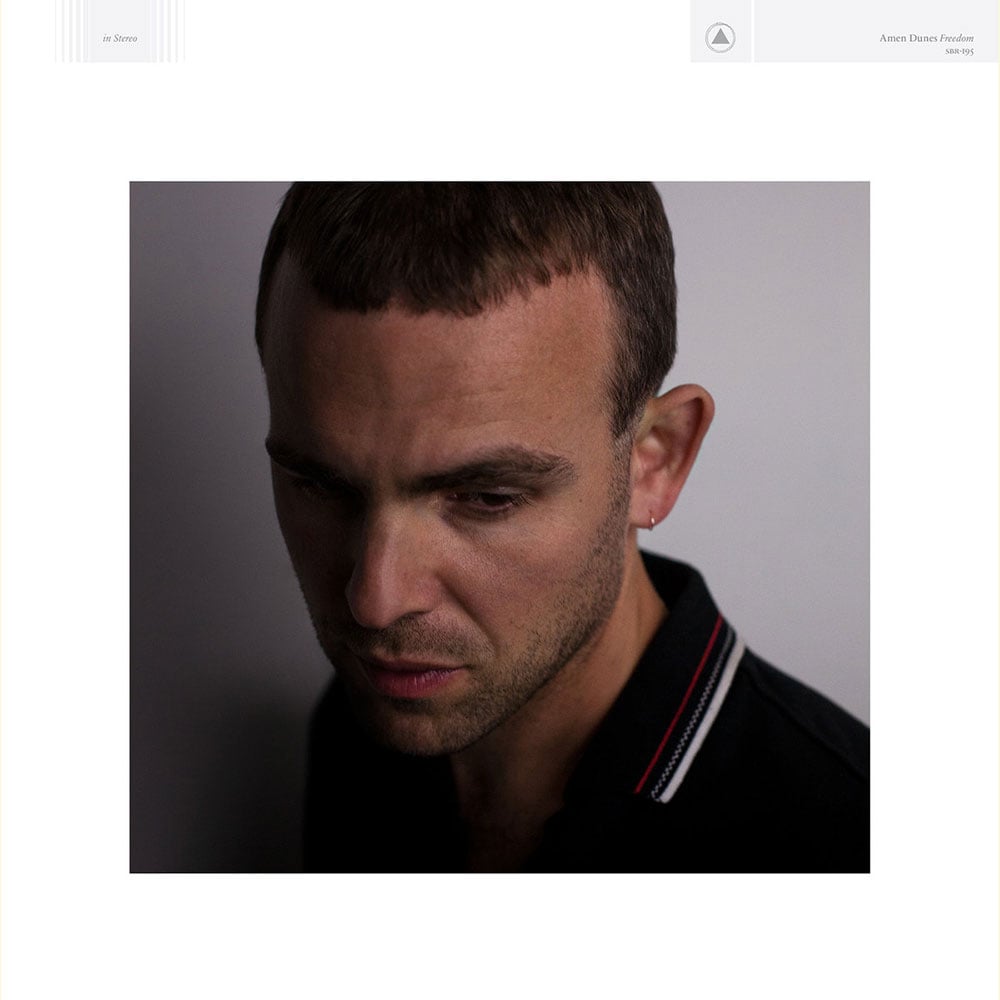 This was another record that inspired me to make this list. This is a newer release on Sacred Bones Records, and I wasn’t very familar with this band, but I am obsessed with this record cover. He looks so FLY and it reminds me of a movie. The album’s photography and layout was done by Tuomas Korpijaakko who had done the previous Amen Dunes records. I was always a fan of Sacred Bones Salinger-esque consistency with their releases, but I’m all for breaking out of that when a record cover is this good. 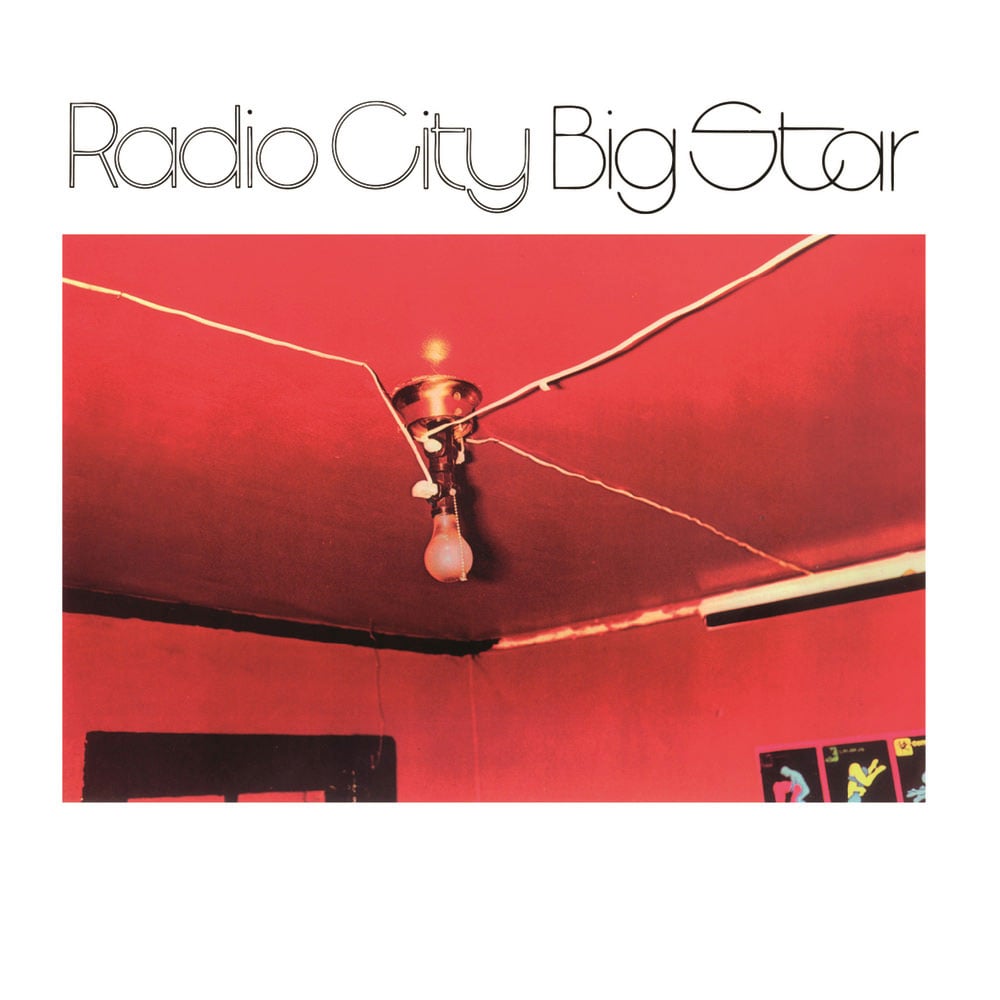 Not only an incredible record, but such a beautiful cover. This was my introduction to the photography of William Eggleston and it was a huge realization that so many artists that I love have used his work (one of my other favorites being the cover of Tanglewood Numbers by the Silver Jews). The red in the photo is so shocking and this is another one I’ve ZONED on for long periods of time. In an article by The Guardian Eggleston was quoted

"It's just a picture I offered out of the blue," William Eggleston says of The Red Ceiling, and its appearance on the cover of Big Star's second album. "I ­happened to run into Alex [Chilton], and he said, 'I'd love to use it.' I said, 'You're welcome to.' There's no more to that story" 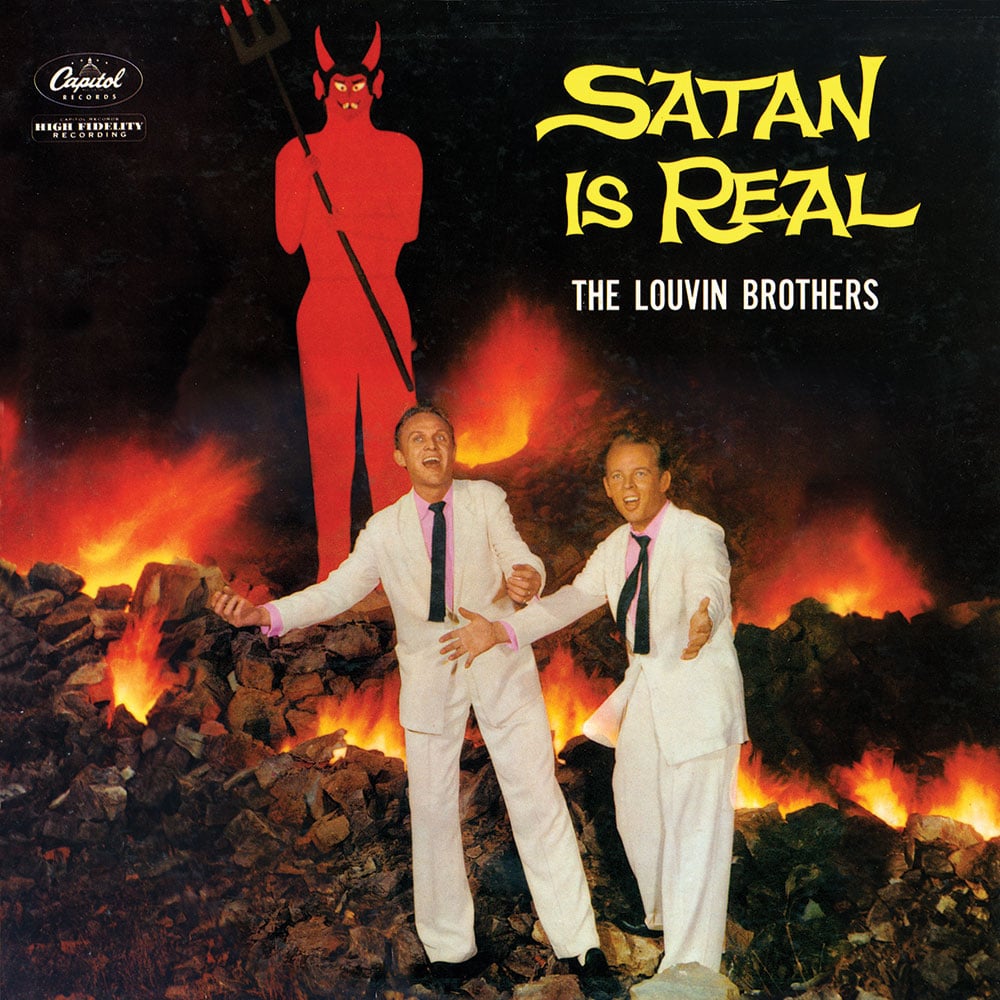 The Louvin Brothers are so incredible, if you don’t know much about their history I highly recommend checking out the Cocaine and Rhinestones episode episode on them, its fascinating. This album cover is just the best. The type is so perfect! The cover was designed by by Ira Louvin and I love the idea of them constructing the set for it. This isn’t my favorite Louvin Brothers recording, but the cover is just unbelievable.